Pieces of the Columbus statue retrieved from Baltimore's Inner Harbor after protestors destroyed it. (Photo courtesy The Democrat Star). Sculptor Will Hemsley restores the statue for Baltimore's Italian community. It will be returned to the community; however, not displayed any longer in Columbus Piazza in Little Italy. [Full story in The Democrat Star] 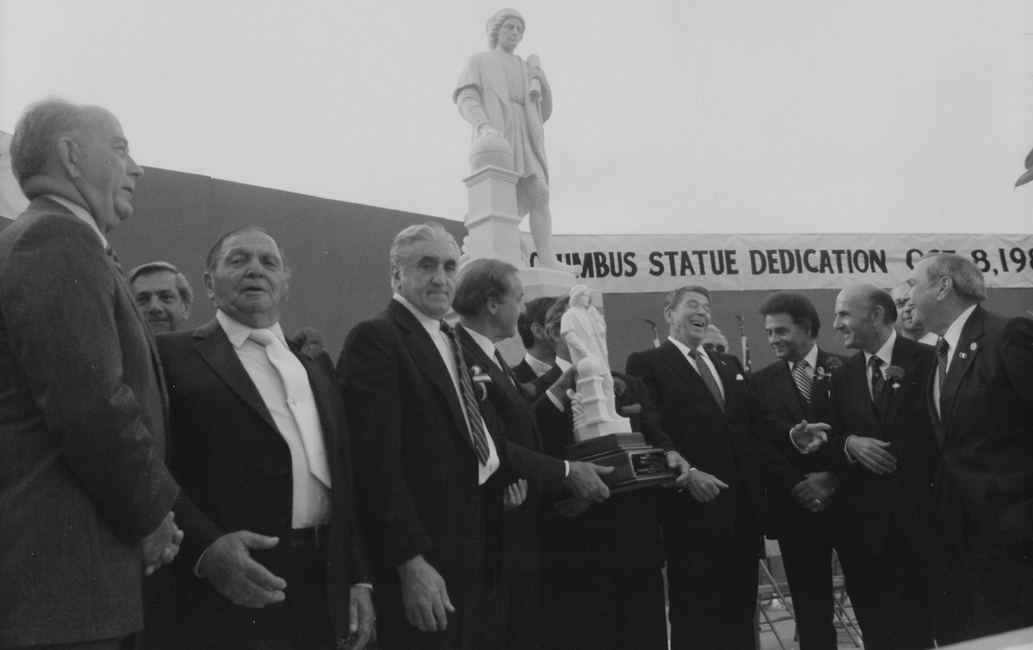 BELOW: On the statue's base appear bas relief carvings showing Columbus' three ships: the Nina, the Pinta, and the Santa Maria;
​the explorer's birthplace of Genoa; and the landing and meeting with the Indians of the new land.
Powered by